In fact it’s been two weeks since I began this post, so Enfilade is even closer than it was. Yes, still more than five months away, but time is marching on.

I’ve written before that Enfilade usually guides my projects and 2020 will be no different.  In fact, as the convention becomes more popular, with more people attending and more folks hosting games, Enfilade is no longer left begging for games at that last minute.  When the website opens on January 1st there is a stampede of hosts rushing for the best times and best tables. He who has no plan is lost.

I refuse to be lost.  I have a plan

Enfilade has six game periods and I’ll be running games in five of them. Some are finished, play tested and ready to go.  Others still need a lot of work and I’ll offer more about them later.

Here in the order of game periods is my plan:

Friday afternoon:  Mad Wet Max.  This is the armed version of Thunderboats!  It’s kinda cute.  Lots of fun between missile launches, mine laying and the occasional shore-bound audience participation. Good way to start the convention.  No, I have nothing left to prepare beyond a review of the rules. 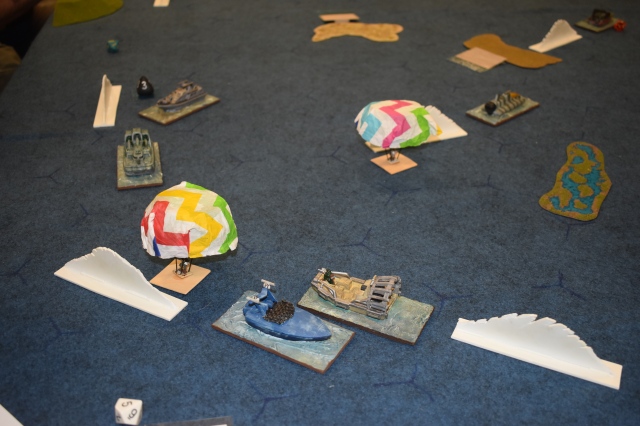 Friday evening:  The Buffalo Hunt. Another just kinda rollicking good time. I’ve run two of these games now, and I’ve picked up some very good suggestions both times.  Players pick it up okay, so I shouldn’t have any residual headaches. All figures are painted, so aside from one more playtest, I shouldn’t have a lot left to do. 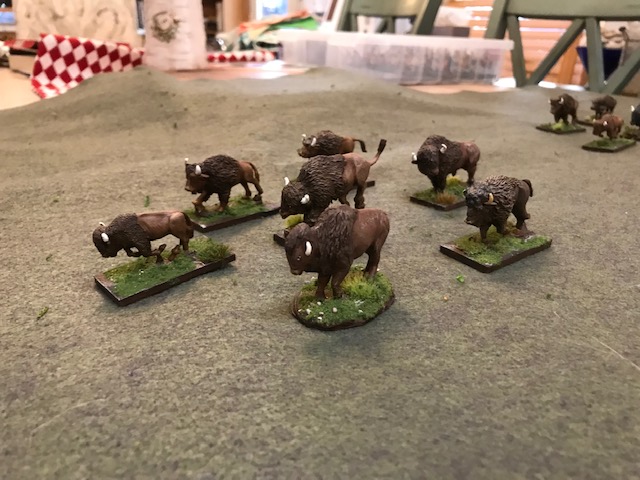 Saturday morning:  Nothin’.  I’m taking the morning off. It’s a good time for me to be lazy, look at games, yak with friends, maybe do some shopping or run down to Rainy Day Records . . . or not.

Saturday Afternoon: The Race to the Dan/ Rebels and Patriots. David Sullivan and I were interested in running another R and P game after the success of last year’s Retreat From Concord game. We both have a love of the Southern Campaign so I suggested a scenario that might fit with Green’s retreat to the Dan River and preparation for the Guilford Courthouse Campaign. It should be good, with about ten units per side.  Some are painted, many are not.  David is wisely hoping for several playtests so I’ve already begun painting and am making progress. But I do have minis on order from the UK, and it is Christmas time, so I’m hoping I don’t stall out. 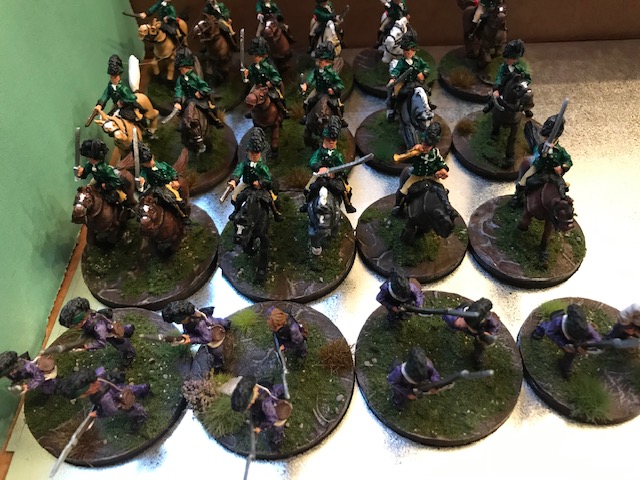 Lee’s Legion foot (in purple) and three small units of Tarleton’s British Legion dragoons are four of the ten our so units I’ll be providing to the Race to the Dan game.

Saturday Evening: Ploesti/Airwar 1940.  This will be a six-player cooperative game as U.S. commanders try to brave the flak, and each other, as they bomb the oil refineries in Romania.  It will be modeled on the scenario that Phil and Paul created for Mustangs! many years ago.  Again, playtests are in order.  I have 11 B-24D’s to paint, so some work to do, but not a lot. A great way to end a day of gaming. 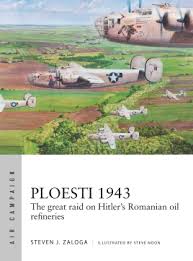 Osprey released its book on the Ploesti attack at the end of November. I think I was first in line to buy.

Sunday:  My Philippine-American War figures will make their official debut.  I have an idea for a six player game that will involve about ten units per side.  There is still a fair amount of painting to do.  Five units for the Americans, two for the Philippines and some miscellaneous weapons.  More daunting is the terrain that will need to be built.  While I have the bamboo forests and rice paddies finished, there is still some miscellaneous jungle terrain I’ll need to do.  Not my long suit.  Like Rebels and Patriots and Ploesti, this will require some playtesting 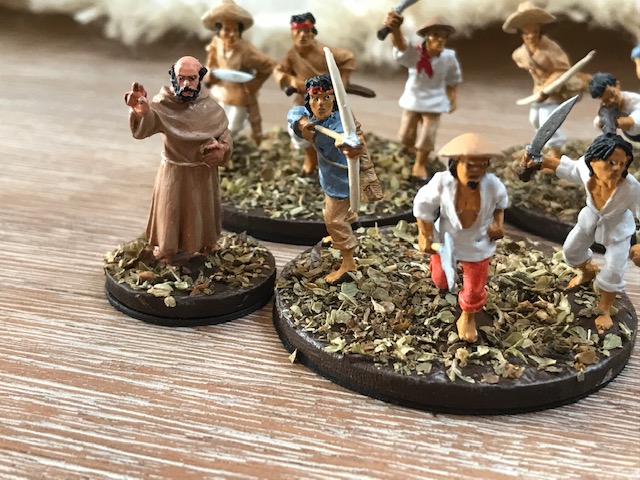