I have made no secret of my love of vinyl records. Researching and cataloging compete for my time along with painting and gaming.  But I’ve never forgotten how much I Iove this hobby, the people in it and, especially painting figures, and so I’m trying to figure out a way to bring the two together.

With the baseball season ending soon, at least for we sad Mariners fans, I’m looking at a way to maximize my listening and painting time.  In the past, I’ve always been able to make about an hour per night available for painting.  Sometimes a little bit more, but an hour a night about 340ish days per year.  This year it’s been harder to pull that off.  Maybe with my health issues, or the distractions that come with other interests it’s pulled me off track.  One serious distraction is my three delightful companions who don’t like me in my painting room.  They often come in demanding a walk or some unidentifiable something.

Anyway, as the baseball season evaporates into a cloud of disappointment, I am making an effort to spend more time in my painting room–painting-which is good because it’s way too small to do anything else.  To keep me there I plan to paint at least long enough to listen to a single vinyl record.  A record lasts about 20 minutes per side, so about 40 minutes total.

A by-product will be sharing with you the reader, what I’m listening to and what I’m working on.  So, it will be a compilation of music to paint to. Let’s see how this works.

I’m currently working on a dozen Old Glory longbowmen. They’ll paint up fairly quickly if I just put the time in.

I’m currently working on some Hundred Years War longbowmen.  Pretty easy and straightforward work.  These are Old Glory bowmen.  I find them to be simple to paint.  I also feel like they are underdressed.  These are pretty good for levy bowmen, but an awful lot of bowmen accompanying Edward III, the Black Prince or Henry of Lancaster in France or Gascony, or Castile in the middle part of the 14th century probably would have worn more garments that could have shown livery colors such as a hooded tunic or gambeson.  They are suitably lightly armored, but just a bit too casual.

I also got started on the next twelve figures in the 24 figure unit. Twelve figures at a time is usually about all I can manage at once without out bogging down.

I’ve been working on these first twelve figures for a few hours.  Tonight I washed the brown surfaces-tunics, leggings and shoes with Vallejo Brown Wash.  I also went on to paint basic hands.  Not a lot to get done in 40 minutes but progress.  In the background you can also see twelve more figures freshly primed, and I painted their basic flesh on their faces.

I have a load of painted longbowmen individually mounted for Lion Rampant and multiple mountings too.  These will be for my muliple-mounted game-based on Fire and Fury–but they will be skirmish stands.  Under these rules the English army will be able to break some bow units into skirmish order to take advantage of terrain or act as tirallieurs as suggested by Matthew Bennett in his essay on battle tactics of the Hundred Years War. 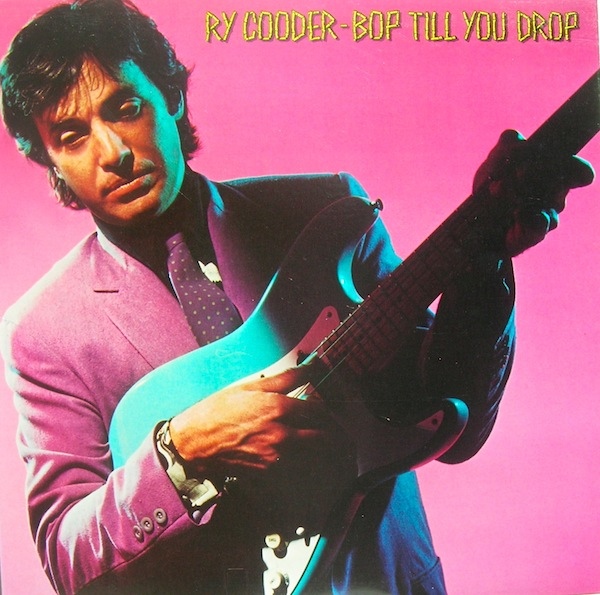 Ry Cooder’s 1978 is known for being the first digitally recorded album. A collection of light R & B songs I found it to be very pleasant painting accompaniment.

Tonight I popped Ry Cooder’s Bop Till You Drop on to my turntable.  I picked it up for a buck at an estate sale and this was my first listen.  I’ve always thought well of Cooder as a guitartist, songwriter and collaborator so I was anxious to give it a spin.  It was quite enjoyable.  It is a collection of rhythm and blues tunes, with Cooder backed up by a great band including Jim Keltner and David Lindley.  Chaka Khan makes a guest appearance providing backing vocals. It has a very light touch with great songs like “Little Sister” and “I Can’t Win.”  The album is famous (or notorious) for being the first digitally recorded record.  Though it is not particularly highly thought of, I found it to be perfect music to paint to.