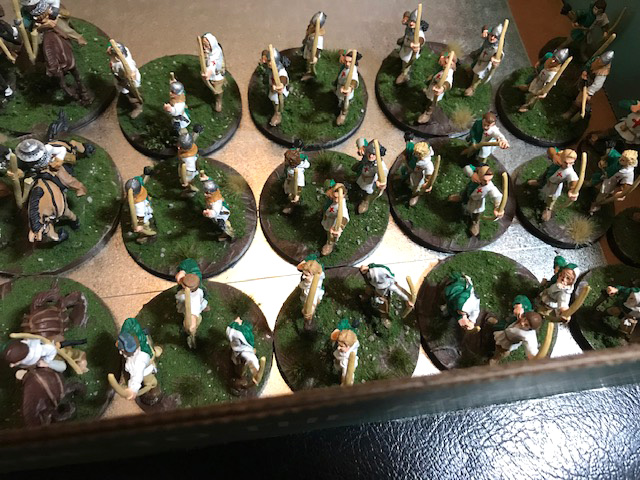 Longbowmen painted in Cheshire livery for Dragon Rampant.  36 figures will be accompanied by 36 mounted archers in livery.  Hope to finish them in June.

Today is May 16th, the official median date of the May Painting Challenge. I hope all who are participating are finding some success and getting some stuff done regardless of whether they meet the 100 mini goal or not.  I’ve seen some fun stuff folks are working on and that’s great.

This morning I find myself on track to meet the hundred figure goal.  Yesterday I set myself up for the rest of the month, preparing figures to paint.

Here’s what I’ve finished so far.

24 28mm longbowmen in Cheshire livery for the HYW.  They are part of a Lion Rampant project that will see a fully mounted and dismounted retinue.

Six 1/300 scale MSD A-6 Intruders  for a someday Vietnam project (but really I just wanted to paint some planes.)

The total at this point is 62 figures. 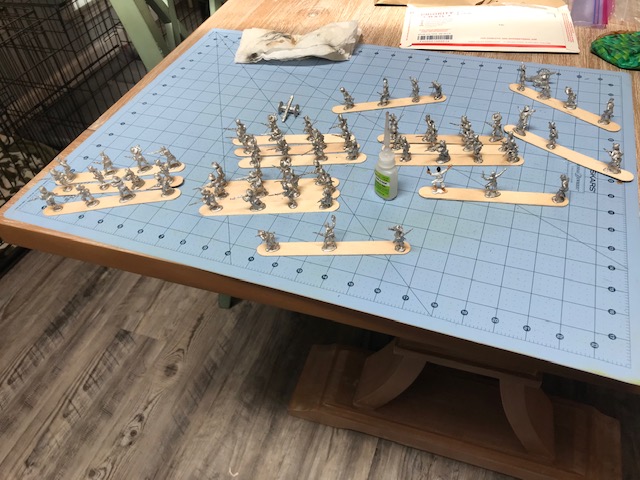 All my Philippine forces waiting to be primed and painted. Some assembly required.

I’ve prepared figures for the rest of May, but realistically it will probably take me into June.  They are my remaining Philippine figures for the Philippine American project.  Those are four units of Republican infantry, two Lantaka home-made cannon and crew, and nine command figures for command bases. That’s 67 figures, but it’s a nice wrap up to half the figures I need to complete this project. 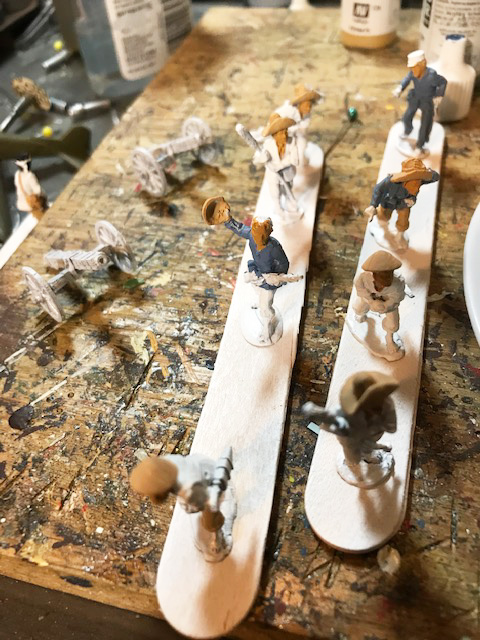 These are the Miniaturas 1898 Tagalog Lantaka figures.  The Men Who Would Be King require four gunners per crew so I had to substitute some infantry for crewmen. Not far along yet, but making progress.

In addition, I’m getting seven WWII transports, mostly C-47’s but also a C-46 and a C-54 ready to paint.  Why?  Because I have them silly.  I have them, I may as well paint them.  They’re pretty basic, with USAAF Olive Drab over gray, which seems to be the standard scheme.

Hope your May is going well and your paint and paint brushes are holding up under the strain.

2 comments on “The May Painting Challenge at Midpoint”