Fridays at Enfilade are always exciting.  There are buddies to greet, treasures to find at the B and B, and then there is the early set-up.

I have a routine I like to follow: arrive by 11:00, check into my room, grab lunch in the restaurant with my friends, and decide if I want to play in a game during the first period.  As more of game registration becomes electronic, the latter gets more difficult.  But I knew I could race hydroplanes in Thunderboats!! Should I . . .?

I decided against it, and let Al Rivers run the game.  I knew he’d be great and I could check in as the period went on to be sure it went well.  That meant I could wander, take photos and catch up with friends as they rolled in. Oh, and keep track of the B and B of course. Here’s what I saw in the early period.

Nobody knows Lyn Bodin’s Imperialism rules like Bill Vanderpool does.  Friday afternoon Bill ran Isandlwana, a full game with excited participants.  Bill holds me responsible for his obsession with miniatures.  I don’t think he needs me as an excuse for his good work. 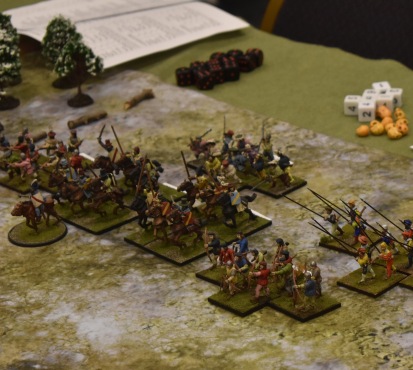 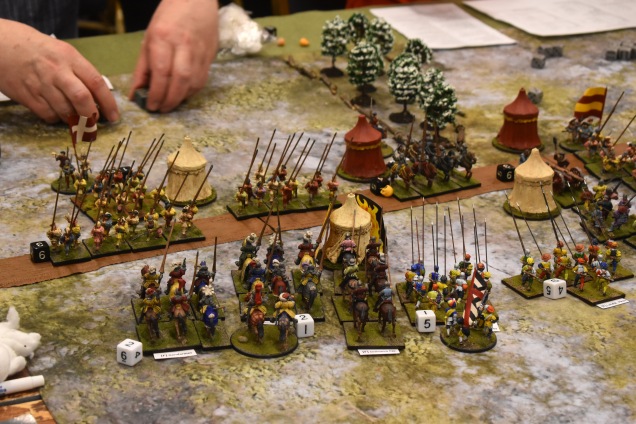 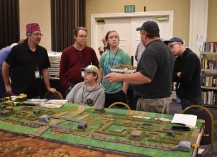 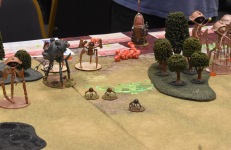 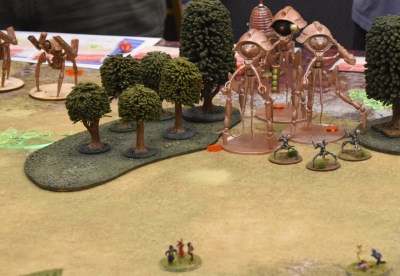 Siege of Vicksburg using All Quiet on the Martian Front rules 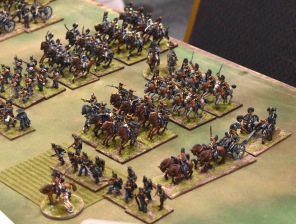 Gary Griess’ Winter on the English Channel using the Cruel Seas rules.  (Stop staring Kevin, you can’t have them.) 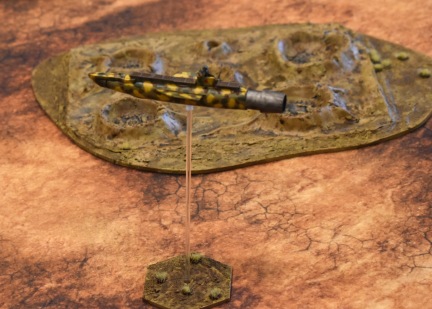 More about my Friday doings in the next post.