I’m two days removed from Enfilade 2014, and I must say it is one of the most memorable of our annual conventions. The attendance, a record 370ish, was at least 40 more than last year’s record attendance.  132 games hosted was also a slight uptick over previous years.  Though we could have been victims of our own success, we heard few complaints about attendees unable to get into games, or the hotel facilities being overwhelmed by miniature gamers.

There were some superb games as well, in virtually every game period. Dean Motoyama’s Siege of Haengjung, a medieval Korean battle from the Imjin War won best of show. Doug Hamm hosted two excellent 28mm Napoleonic games, including an especially noteworthy Battle of Ligny from the Waterloo campaign. Neil Marker had two great games, including one from Fallout and an impressive zombie pirate game.  Mark Waddington’s Battle of Sackett’s Harbor won the award for best of the Obscure Campaigns themed games.  Among my favorites, was Damond Crump and Lawrence Bateman’s micro-scale Vietnam L-Z X-ray game from the movie “We Were Soldiers Once.” 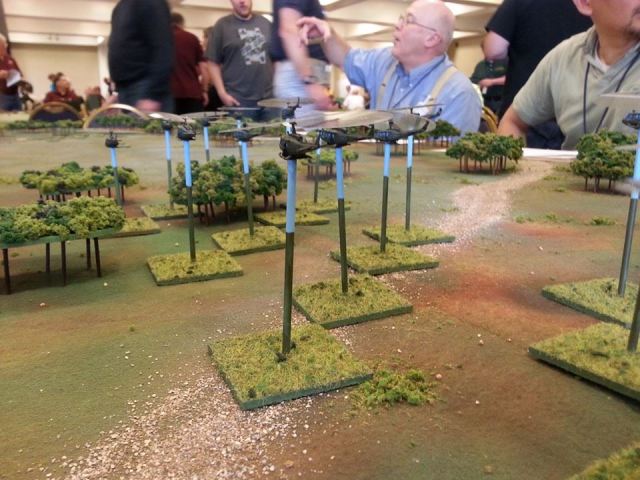 Choppers coming in at LZ X-Ray. Photo by Damond Crump 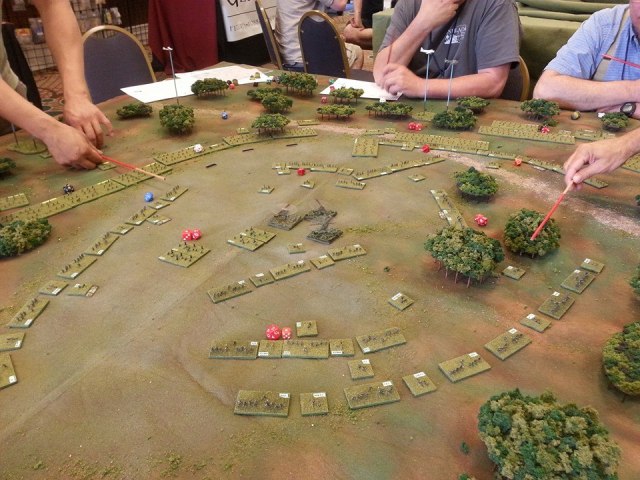 Bill Vanderpool and Sven Lugar ran games in every period.  We had superb help from volunteers who manned the registration, the highly successful Bring and Buy, judging games. We simply couldn’t do it without them.

My Enfilade was also enjoyable sort of.  I played in a couple of games, notably the Crump/Bateman affair, which I enjoyed immensely. I ran a couple of rounds of Thunderboats, always fun.  More about this later. I also ran my Emperor of Texas game.  This was a Sunday morning event I ran with Daveshoe, and I was really glad he offered to help me.  I had a certain amount of trepidation about it, because I just didn’t know how it would be received. The game was really a combination of role-playing, diplomacy and miniature gaming.  I envisioned a lot of note-passing and espionage, including bribing units and attempts to find incriminating evidence against Burr and Wilkinson.  There was definitely a lot of promises made, some bribery and some efforts to discern intent.  Though there was an assassination attempt and a failed attempt to capture Burr, there wasn’t quite the big time effort to lie, cheat and steal I thought there might be.  There were a couple of desultory battles between factions, but not the big culminating action I anticipated.  Even so, the game was really fun to watch and the players seemed to enjoy it. Worth doing again. 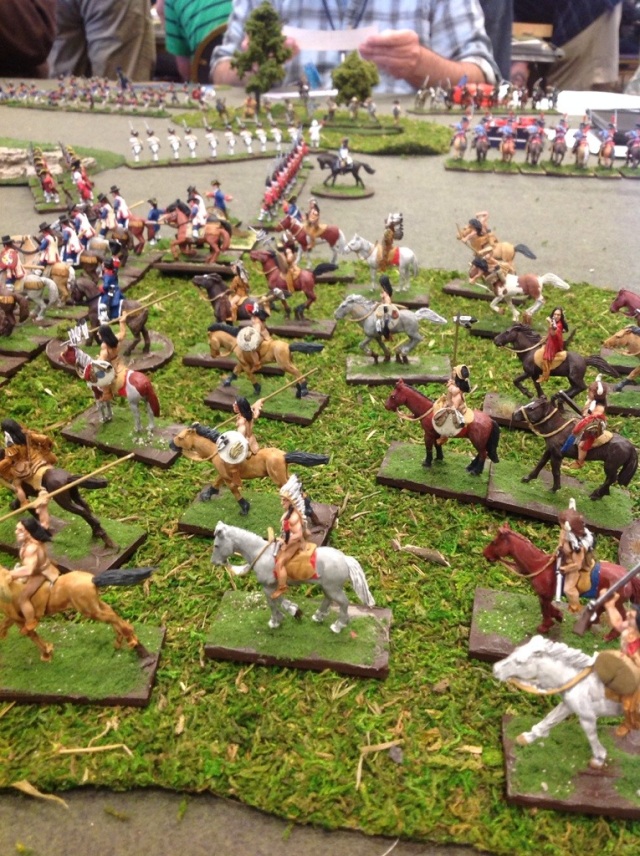 Not a perfect weekend, however. During the week I contracted the “jaguar flu” that seems to be making its way around school. Was incapacitated Tuesday and Wednesday. I didn’t sleep much Thursday night, was up too late with the boys on Friday, and was really dragging by Saturday night and Sunday. Wasn’t even able to attend the “Canadian Social” I’m so fond of on Saturday night.

It was also a bit of a relief and a pleasure to bid farewell to my Enfilade and NHMGS responsibilities. I know I’m passing them off to men of integrity and responsibility. I’ll be available to help if it’s needed, but I’m happy to “retire.”

From here it’s on to painting and playing what is fun. I spent time with Shawn McEvoy from Craftworks. I explained I should be available to race Thunderboats during Seafair week at the hydroplane racing museum. I also picked up some new hulls for the game, so I’m excited. Hydros are definitely on the list for this summer along with some ACW ships and some board gaming after surgery. 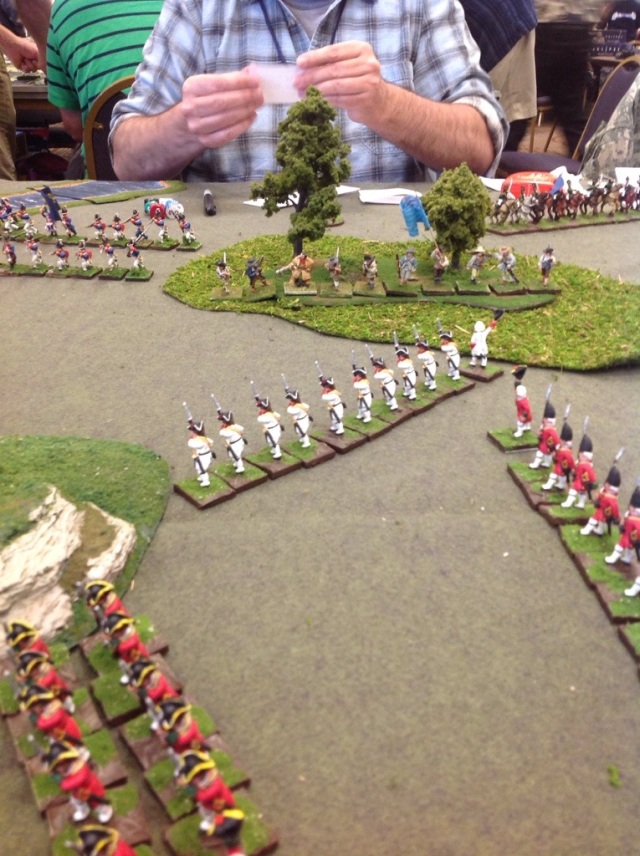 The last two pictures are from the Emperor of Texas game.  The first shows the amazing Conquest Miniatures Comanches.  I can’t recommend these figures highly enough.  They are simply amazing.  They are alongside the Cuera militia horse by Dayton Painting Consortium.  The bottom photos are of Spanish infantry, RSM miniatures also by Dayton.  The red-coated figures are Wild Geese, the Hibernian Regiment of Irish in Spanish service.  David Sullivan is penning another diplomatic note in this amazing write-fest.  I couldn’t have been more pleased with the game.

3 comments on “Enfilade: Through a Haze”